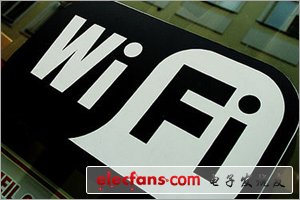 Want to know why? Because Peninsular chip maker Marvell has announced a few days ago: They will cooperate with Israeli technology company Vilocity to launch a 3-band Wi-Fi chip-the supported 3 bands are the current 2.4GHz, 5GHz, and the future 60GHz. In addition, the other two chip manufacturers BeamNetworks and PerasoTechnologies have also announced that they will launch 60GHz chips in the next 6-9 months.

The technological breakthrough of Wi-Fi chips naturally excites us, but at the same time, we must also be clear that the birth of the 60GHz standard does not mean the rapid popularity among consumer groups. First of all, we have to wait for technology companies (such as Apple, Google, Samsung, etc.) to produce products that can support 60GHz; second, according to historical trajectory, Wi-Fi routers usually appear on the market when new chips are available for one year. after that.

In a word, the Super Wi-Fi chip released in 2013 is expected to start to benefit the majority of consumers until 2014. And a year ago, IEEE (American Institute of Electrical and Electronics Engineers) announced the latest generation of Wi-Fi standards-users can still surf the Internet with peace of mind 60 miles away, competing with the current ubiquitous 3G network This height (details) is full of hopeless expectations.

Perhaps we can only say now that you will hurry up in 2014.