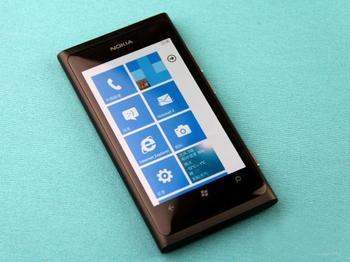 The deal with Microsoft caused Nokia to lose its iconic mobile phone business. In addition to receiving $5 billion in cash, Nokia is also "retiring" from the highly competitive smartphone market; another $2.2 billion in cash will enable Microsoft to use Nokia's patents in the next 10 years. What is more advantageous to Nokia is that Nokia has retained its own patents and obtained new license customers. Some shareholders may hope that Nokia will continue to implement its recovery strategy and create greater value. However, given the performance of Nokia stocks in previous weeks, this is unlikely.

Nokiaâ€™s share price has risen by about 60% since its announcement with Microsoft last month. However, industry sources pointed out that due to the possession of numerous outstanding patents and the continuous revival of network equipment business, Nokia's market value is still quite high. It is estimated that the value of Nokia's value-added shares after the sale of the mobile phone business is approximately US$7.75, which is about 20% higher than the current stock price.

After the sale of the mobile phone business, Nokia still left three major businesses - network equipment, intellectual property licensing and Here map, of which network equipment accounted for most of Nokia's commercial value. Recently, Nokia spent 1.7 billion euros to acquire a 50% stake in Nokia Siemens Networks ("NSN") held by Siemens. The reduction in Nokia's cash reserves was $0.6 per share. However, Nokia's cash flow will increase by 1.7 US dollars per share, and the market value will increase by about 6 billion U.S. dollars. Therefore, the acquisition of NSN shares held by Siemens will increase Nokia's value by approximately US$1.1 per share. Taking into account the smooth progress of the NSN reorganization plan, the above estimates are still conservative.

Based on the current price, Nokiaâ€™s annual revenue from intellectual property business is approximately 500 million Euros. The Nokia patent is worth about $4 billion, or $1 a share. In addition, Microsoft paid Nokia a license fee of US$2.2 billion for a patent of US$0.6 per share.

Nokia has nearly 16,000 patents in the United States. There are still 4,500 patents pending approval, and a large number of patents are standard key patents. Given that Nokia is not basically selling mobile phones in the United States, there is little possibility of counterclaims, so there will be more chips in the future when negotiating patent licensing agreements. This means there is more room for growth in Nokia's intellectual property business.

The acquisition of NSN shares held by Siemens and the sale of the mobile phone business to Microsoft will increase Nokia's fair value by US$2.9 to US$7.75 per share.

Accessories for cameras are mainly for care, protection, special effects and functions.