Skip to content
[Text|High-tech LED reporter Yue Mengdi] The LED industry that has been quiet for a long time has recently caught an eye-catching thing: the consortium funded by Jinshasha Venture Capital, the major shareholder of Jingneng Optoelectronics, acquired 80.1% of Lumileds, a subsidiary of Royal Philips of the Netherlands. Shares.

According to the data, the acquisition is led by Jinshajiang GO Scale Capital (a fund formed by Jinshajiang Venture Capital and Oak Investment Partners), and the strength of Chinese-funded and foreign-funded consortiums such as Asia-Pacific Resources Development and Investment Co., Ltd. and Nanchang Industrial Holding Group Co., Ltd. Supported M&A funds, joint big-handed actions.

This acquisition triggered the media's competing reports, and was successfully screened for various reasons. The background of the major shareholder has also been turned over, triggering various speculations inside and outside the industry.

Philips Lumileds is a supplier of lighting solutions business, dedicated to the LED components business, and for a component company, to achieve success in the market, there needs to be economies of scale and cost advantages.

For the acquisition, its parent Philips believes it is a win-win (win-win) thing, in an open letter to all employees of Philips CEO, Lumileds has shown that as an independent company, its business can achieve greater development and win More customers and the strength to scale up.

So for the LED industry, especially for companies that are also doing devices, can this move also have the effect of win-win?

"This is just a head start." Tang Guoqing, general manager of Samsung LED China, told the reporter of "High-tech LED". In recent years, the M&A events in the industry have been wave after wave, and the gap between domestic packaging companies and international packaging companies has become smaller and smaller. The relationship between the two has become more complicated, not simply cooperation or competition. It is both. From the beginning of the idle funds into the LED industry, to the partial withdrawal of the crowded funds, and then to the next round of investment, the capital side and industry companies are more rational.

Philips Lumileds was accepted by investors with Chinese backgrounds, which is far more positive for the industry than negative. Lei Li Ning, general manager of Hongli Optoelectronics (300219.SZ) believes that "there is a reason for (Jinshajiang Venture Capital to acquire Philips Lumileds)." In his view, the LED packaging industry has developed to this day, and there will be different stages. Different changes, more capital injection at this stage, actually promote the development of the industry.

Tang Guoqing believes that the acquisition of Philips Lumileds is a major event in the industry. In fact, from the perspective of a series of LED companies invested by Jinshajiang Venture Capital, the intention of its layout industry chain is very obvious. From Yimeixinguang, Jingneng Optoelectronics, to the application side of crystal and lighting, this series of small companies, need a more powerful company to help them improve. Today, Philips Lumileds is a good choice for brands, channels, technology and patents.

This further confirms the statement that "the big one is Evergrande and the strong one is strong."

Philips Lumileds is not only an LED device, but also products for general lighting, automotive lighting and mobile electronics. Jinshajiang Venture Capital will merge it, or it will trigger the acceleration of other domestic mergers and acquisitions.

â€œPhilips Lumileds will be separated from the group in the future. It will be the same as Osram in the future. After listing, its value imagination space is huge.â€ Zhu Yuan, deputy director of the LED Research Institute of Gaogong Research Institute, said that Lumileds has rich LED patent technology. Previously, the company had few patent licenses in China. However, after the acquisition, the company has a large possibility of authorizing its patents in China, and the license fee income will reach hundreds of millions of dollars.

In fact, since last year, mergers and acquisitions cases in the industry have occurred from time to time. Many people in the industry believe that this year, more and more such cases will be more and more large. There are also views that in the past 2-3 years, the domestic LED industry, whether it is packaging, chip or lighting applications, the pattern will be further formed, and the case of the Philips Lumileds acquisition is a catalyst.

As many insiders say, this is just the beginning.

Qunsuo aims at providing our customers high qualified Industrial Rugged Pda. In order to meet customers using environment, our PDAs all pass IP65 certification. With the stable quality of our Handheld Android Pda, we gain many reliable customers, help many customers provide IT solutions. If you are also looking for reliable PDA manufacturer partner, Qunsuo will be your good choice. Welcome to contact us for more details! 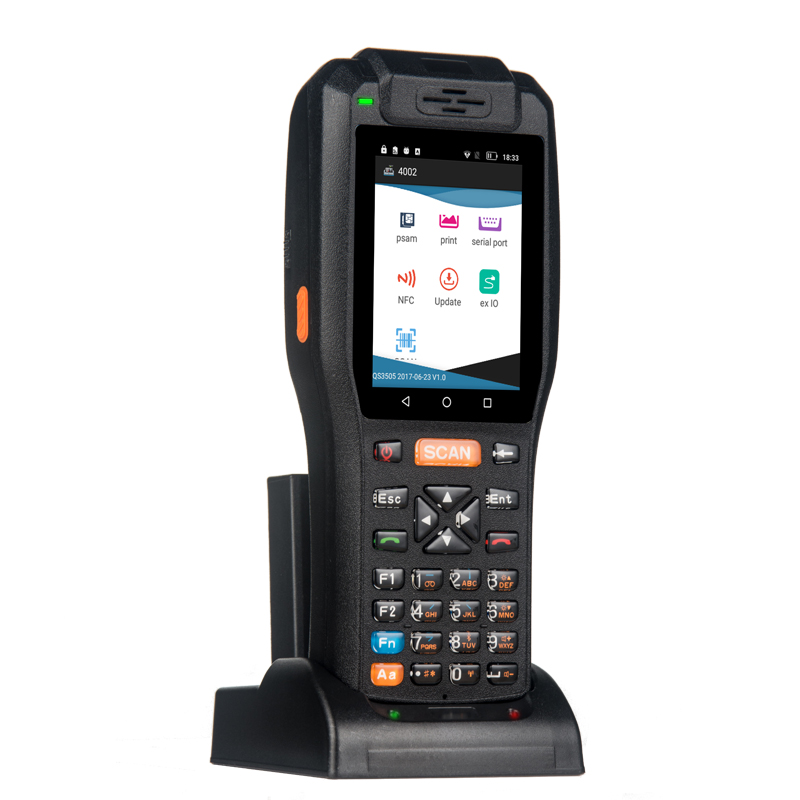