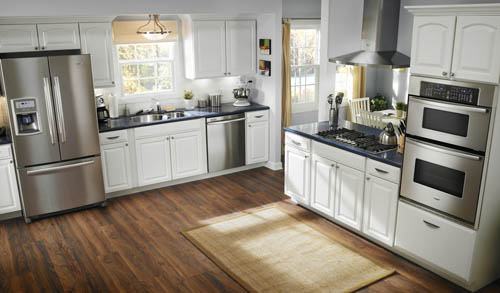 At present, the home appliance industry is facing the dilemma of â€œtwo ups and one downsâ€: Inventories are rising, costs are rising, and sales are declining. Many companies blame it on the rise of e-commerce and disrupt the business behavior of companies. In essence, the essential reason for this dilemma is that companies do not make good use of the e-commerce platform, which means that they have not yet generated the operating logic of the Internet era.

Nowadays, most companies use e-commerce as a bazaar for prices, and move the products of the entity system to the Internet to sell them at low prices. This is in fact the business model of the traditional era. There is no change in the business model of the company other than the change in the location of product sales. The emergence of the Internet has eliminated the distance between enterprises and users, and has become the best platform for enterprises to collect demand in real time. For home appliance companies, the biggest value of the e-commerce platform is not to "sell", but to "buy", and to establish a user-centered business model by collecting consumer demand. This is the essential difference between the Internet economy and the traditional economy.

However, from the current point of view, the vast majority of companies are still in the stage of strategic loss. Although products have entered the Internet era, but the business logic is still in the traditional era. The result is far-fetched on the wrong road. The so-called price war that frequently appears on the market is an intuitive manifestation of this kind of low-level competition logic. However, this low-level price war also mostly stays on the gimmick sale of several limited products, and it lacks the support of a complete industrial chain. This is actually the biggest development puzzle in the e-commerce industry.

The competition among enterprises is itself a contest of business logic. The key to replacing the old business logic with new business logic lies in creating greater benefits for stakeholders. The rapid arrival of the Internet economy has changed the original industrial ecology, and the industrial forces between users, manufacturers, and retailers have been changed. Organizing production operations according to user needs has become the logic of a complete business in the new era.

Judging from the current industry operation situation, companies represented by the commander of color TV are practicing this route, organizing R&D and manufacturing according to the needs of consumers, which eliminates the problems of inventory and improves the efficiency of the entire industry chain. The mutual game between e-commerce platforms translates into a harmonious and win-win situation for both parties. What is more important is that this way releases the creativity of the consumers and makes the role of consumers become â€œproducers and consumersâ€ from simple consumers. This has promoted the overall transformation of the company's operating methods.

Internet customization is not a continuous change for enterprises, but a disruptive revolution. The first is the reorganization of business processes. After enterprises open the door and introduce consumers, they will form a systematic impact on the enterprise. The original functional organization system cannot meet the speed of the consumer clicking the mouse. This requires the company to be transformed into a platform type. The company integrates world-class resources based on consumer demand, and creates user needs with the fastest resources and the best resources.

With the fragmentation of consumer demand, home appliance manufacturers' manufacturing capabilities are no longer mass-produced but mass-customized. Modularization and rapid manufacturing have become major signs of corporate manufacturing capabilities. The popular saying is that consumers quickly order food and the company can serve quickly, and the uneconomic nature of individual orders can generate huge economics in the collection of multiple orders. This requires companies to transform from parts manufacturing to modular assembly. Realize the organic unity of high efficiency and low cost.

Entering the Internet age, the home appliance industry will face a complete reshuffle, and the original advantages of the enterprise may become a disadvantage in an instant. At present, most enterprises are still in the stage of large-scale manufacturing. They have already buried their advantages while enjoying the benefits brought by the scale. The huge risk, because the larger the bigger the company is, the bigger it is, and the more difficult it is to transition to the Internet economy. This provides new strategic development opportunities for companies that are not burdened with the traditional era, and there are strategic restructuring variables across the entire industry landscape.

What is a POS System?

Gmaii All In One Pos Terminal lets you ring up sales and accept payments. It`s like a cash register with brains, and it can be broken down into three basic components:

Gmaii All In One Pos Terminal has hardware that allows you to accept payments. If you`re getting a new Gmaii All In One Pos Terminal, you should make sure it accepts all forms of payment including cash, credit cards (especially chip cards), and mobile payments. If it makes sense for your business, your POS system should also print receipts, store cash in cash drawers, and scan bar codes.

a collection of pos hardware

All In One Pos Terminal